“Monster Seafood Wars” Will Fill You Up with Kaiju Fun! 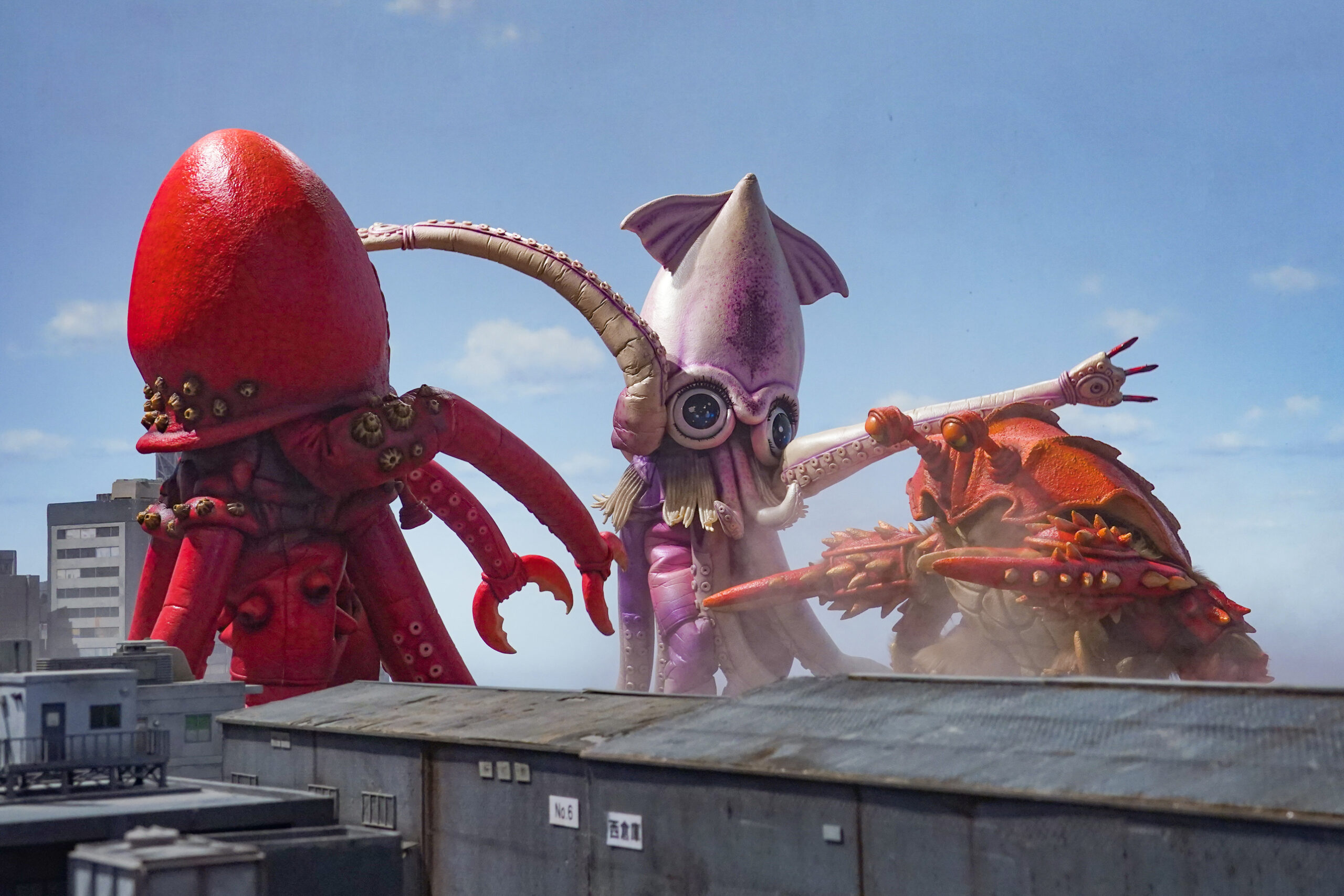 Yuta, a young master at the Tsukiji Fish Market, accidentally drops his meal of mixed seafood into the Sumida River. Some time afterwards a gigantic mutated squid monster arises from the depths and begins to wreak havoc upon an awe-stricken Tokyo. Attempts by the Japan Self-Defense Forces to stop the creature prove futile. As it seems things couldn’t get any worse an enormous mutant octopus monster emerges from the deep and heads into a clash of the titans with the gargantuan squid. As a last ditch effort, the government forms the “Seafood Monster Attack Team (SMAT)” and an all-new plan of attack is immediately put into action. But just as the tide appears to be turning in humanity’s favor, a colossal crab monster appears, joining in the Monster Seafood Wars and plunging the world into culinary chaos.

This release also includes 50 limited edition VHS. We have artwork via the amazing Matt Frank, and alternative art coming from the equally amazing Stefan Motmas.

Copies are expected to start shipping around the end of April 2021. Please note if you order it with other items, your order won’t ship until all items are in stock. In addition, there will be a limited edition 11×17 mini-poster FREE folded with orders as supplies last. We do not replace missing or damaged posters, as these are FREE with the release and can run out at any time, however you can opt to have your poster shipped rolled in a tube (and then, it is guaranteed, or refunded if poster supply is exhausted) HERE.