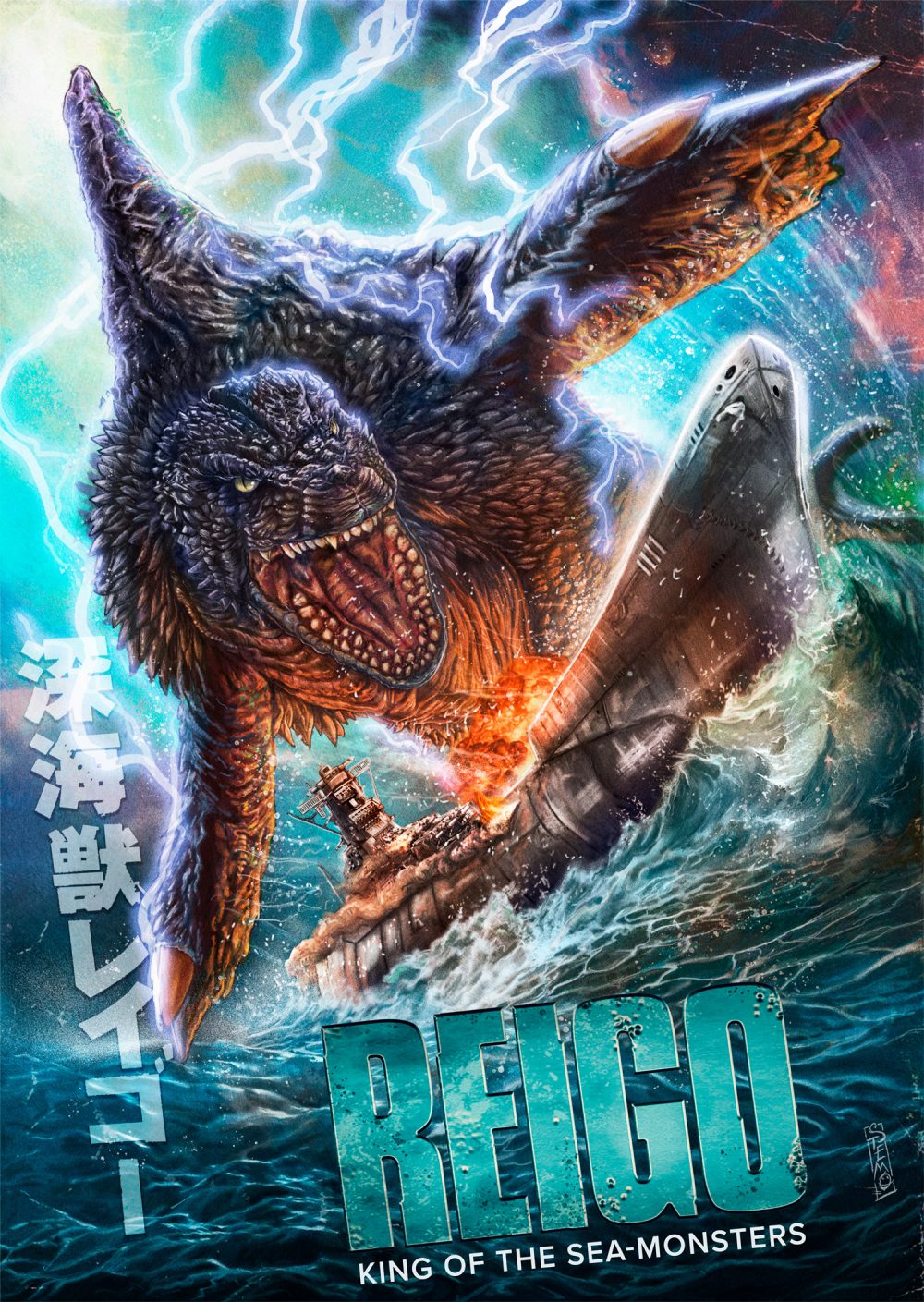 Two giant new Kaiju are setting their sights on North America via SRS Cinema – Reigo: Kind of the Sea Monsters; and Raiga: God of the Monsters. Both will be available on limited edition Bluray and VHS exclusively at SRS Cinema, with wide release DVD’s coming in Nov. and (tentatively) Feb via MVD/SRS.

Limited Editions for both titles will be rolled out for presales starting Thurs, 7/25/19 at 7pm EST (they will show as sold out until then). They will be limited to 200 Blurays (but see more on that below) and 50 VHS. The movies will go to replication/duplication around 8/25 with copies expected to ship around Mid-Sept. Each physical media format – Bluray, DVD and VHS – will have artwork exclusive to that format only.

We made it – both releases will be pressed Blurays, limited editions of just 1000 units each! Pre-order/reserve your copies and save $$s with a pre-sale price. And please, help spread the word on these exciting movies!

REIGO: KING OF THE SEA MONSTERS – The battleship Yamato, the largest and strongest of its time, is on patrol when a lookout spots a massive shape half-submerged in the distance. Believing it to be an enemy submarine, they fire and score a direct hit. But they are shocked when the object emits a strange cry as it sinks beneath the waves.

Soon after, something much bigger arrives, the massive kaiju Reigo, seething with rage at the murder of its cub. The monster attacks the Combined Fleet with incredible ferocity and awesome destructive power. The naval forces are caught off guard, and Reigo is able to destroy the escort ships and damage the Yamato before returning to the ocean depths.

Now the stage is set for a final battle to unfold between the world’s largest battleship and the mysterious dragon-like monster – who will prevail?

RAIGA: GOD OF THE MONSTERS – Global warming leads to excessive melting of the southern polar ice cap, disrupting Earth’s ecosystem.  The receding ice brings long dormant ancient sea creatures back to life, monsters that set their sights on Japan. Among the kaiju is an enormous sea beast the locals refer to as the legendary Raiga. The monster attacks the city of Asakusa, bringing death and destruction as he tramples building and lays waste to the military. Can Raiga be stopped, or will all of Japan be destroyed by his fury?