SRS August – Gore Trilogy and Solitude of the Tormentors! 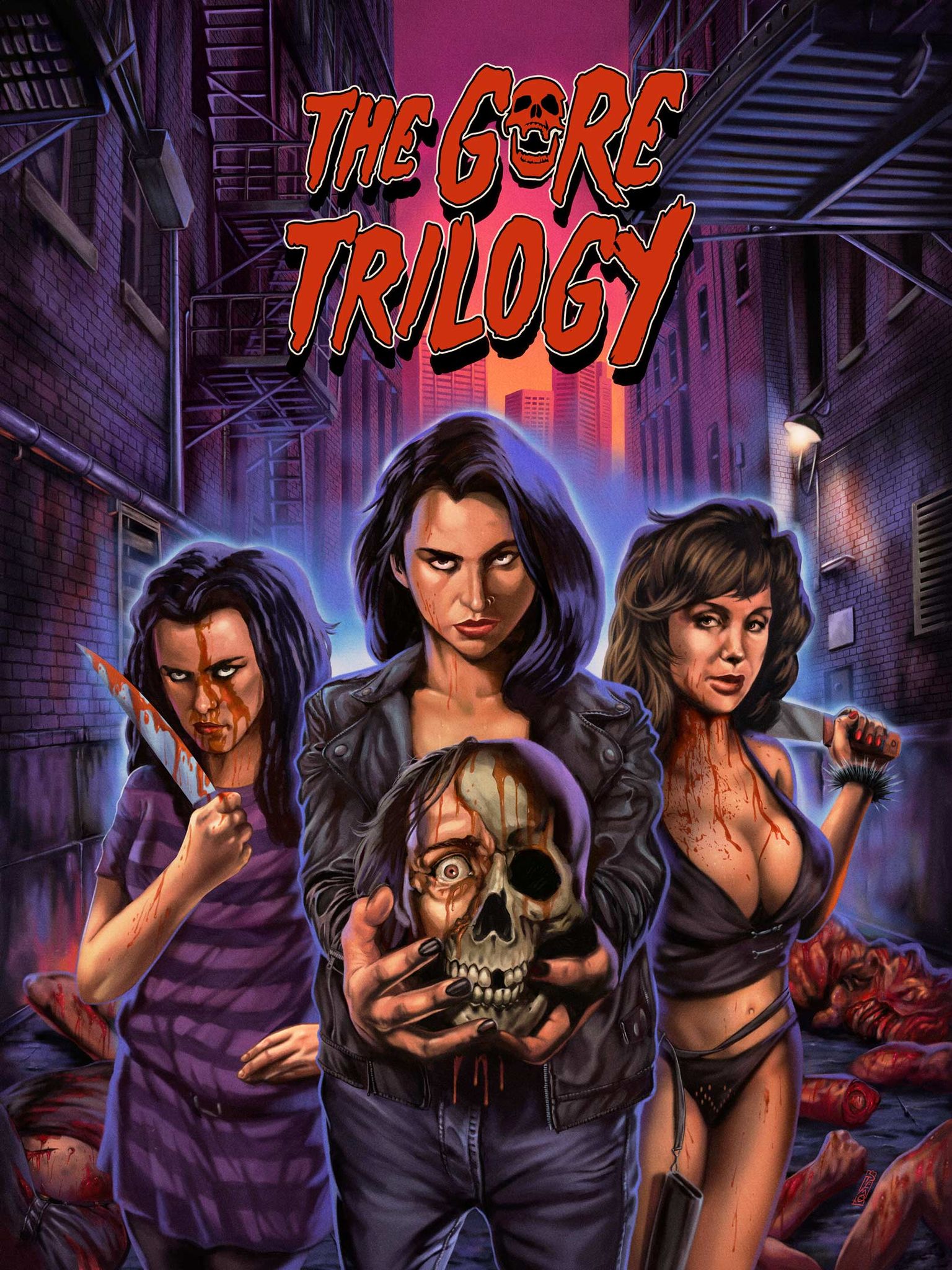 We’ve got an exciting line-up of extreme horror this month, with Hugh Gallagher’s Gore Trilogy released for the first time as one set on pressed media, and Juval (Snuff Tape Massacre) Marlon’s incredible disturbing “Solitude of the Tormentors”.

GET THE GORE TRILOGY BLU-RAY HERE

GET THE GORE TRILOGY T-SHIRT HERE

GET SOLITUDE OF THE TORMENTORS BLU-RAY HERE

GET SOLITUDE OF THE TORMENTORS T-SHIRT HERE

NOTE: Instead of a combo order option this month, and to help hit initial blu-ray costs (SEE BELOW)!

This is a PRE-ORDER title. Please note the expected shipping date of late Dec 2022. Then give us about 2 weeks after that to get all pre-orders in the mail. We will not be responding to inquires on order status until 2 weeks after the estimated ship date has passed. Thanks!

Often referred to as the “American Nekromantik”, Hugh Gallagher’s “Gore Trilogy” is a shot-on-analog-video smorgasbord of sleaze and blood that has shocked and delighted underground movie fans for years. Now, for the first time ever, all three movies are presented on one release! This new edition also features a 75 behind the scenes on “Gorotica”, featuring fan interviews and never before seen behind-the-scenes to celebrate the 30th anniversary of the middle child of the trilogy.

GORGASM – “Tara, a psychotic call girl, has a strange obsession with giving men the ultimate climax. Chase is a detective out to stop her killing spree.”Extras:

GOROTICA – “Neil and Max are jewel thieves working for the enigmatic Miss Miles. After their latest job goes wrong, Max swallows a large diamond, the main piece from the job, so they won’t be caught with the evidence. Unfortunately, he ends up getting shot and killed by a police officer soon after, leaving Neil with a rather sticky situation- how to retrieve the diamond? Meanwhile, he’s run into necrophiliac Carrie (Ghetty Chasun), who takes an immediate shine to Max, and promises to help Neil dispose of the body. Problem is, Carrie wants it fresh, and Neil needs to get inside. What to do?”

GORE WHORE – “When a lab assistant steals an important formula and all its documentation from Dr. Whitman, he hires a bottom-of-the-barrel private eye, Chase Barr, to locate it. When Barr digs deeper into the case he finds the lab assistant is actually a dead street whore and the formula is a reanimation agent that, with the consumption of human blood, is keeping her alive! In trying to retrieve the formula, Chase is given a rollercoaster ride through hell as the whore reanimates corpses to attack him and help her hold onto the formula.”

All extras listed are tentative.

This is a PRE-ORDER title. Please note the expected shipping date of late Dec 2022. Then give us about 2 weeks after that to get all pre-orders in the mail. We will not be responding to inquires on order status until 2 weeks after the estimated ship date has passed. Thanks!

Karla uses her profession, under the guise of a caretaker of the cognitive and mobility impaired, to select and dispatch her victims. When she isn’t murdering patients in the woods, she frolicks nude, even urinating on an animal skull she finds there.

Eventually, she she brings a new man, Morris, into her field, who unexpectedly follows her path of torture on helpless victims. The power they possess over their victims is endless.

Two tormentors are on their way to put an end to their inner emptiness. Both in their own way…Extras
-Uncut movie
-Trailer
-English subtitles
-Bonus Short “Spring Feelings”
-Interview with actress Isa Belle Fitzgerald
-Interview with actor Jorg Wischnauski

-PLEASE note the expected shipping estimate before emailing us about the status of your order.
-COMBO order save money but will not ship until all items are in stock.
-PRE-ORDERS can NOT be cancelled once placed due to our fulfillment system.
-POSTERS when applicable are provided free of charge. They are not replaced due to damage or if missing. They can run out without warning. Poster is shipped folded with the media, however you can get it sent rolled in a tube (or shipped rolled in a large box at our discretion) for $5 more by selecting it from the drop down options.

Pre-sales start Thursday 8/25/22 7pm EST and will show as sold out until then. Copies are expected to ship around late Dec 2022.