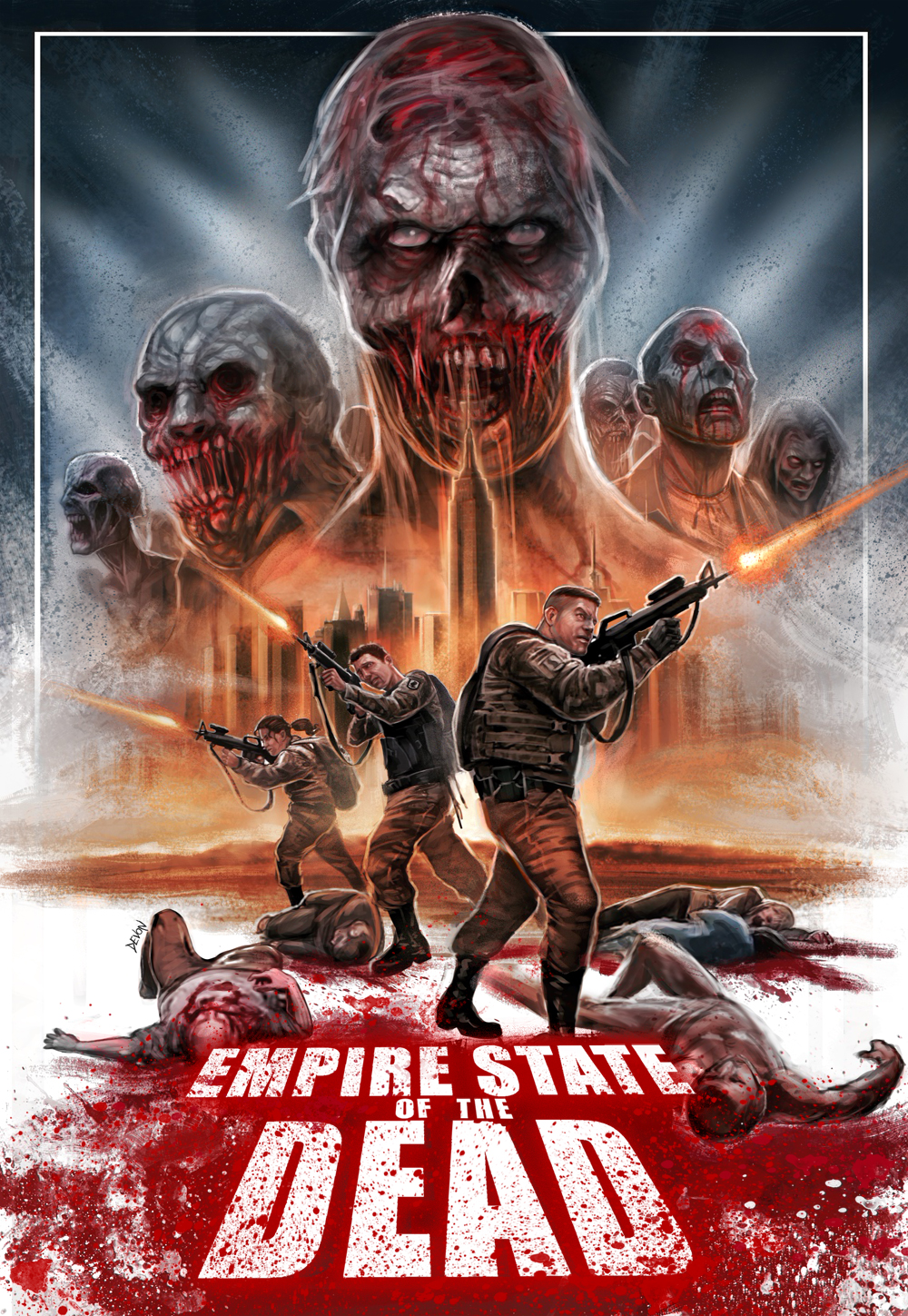 SRS Cinema is excited to announce the Syracuse area premiere of three local produced genre pictures from SRS Cinema, “Empire State of the Dead” (world premiere), “She Kills” (world premiere) and “Night of Something Strange” (Central NY premiere), all showing on Saturday 5/28 starting at 1pm EST at the historic Palace Theater in Eastwood.

1pm: “Empire State of the Dead” – The recently deceased rise, feasting upon the living as a zombie outbreak spreads across the globe. In Central New York, a small Marine patrol, led by Seargent Ritter, tries to keep order. But while battling the living dead they are also faced with roving gangs going unchecked and entire military units defecting. Amid the chaos, a drug lord named Ray sees an opportunity to rule the new world rising, and he is sabotaging rescue centers and military bases to help further break down the Government’s attempts to restore order. Who will survive when Ritter and Ray finally face off? “Empire State of the Dead” consists of 7 short stories produced and set in New York State, all directed by New York State filmmakers. It includes a series of wraparound segments (and one big finale) tying them all together into one epic feature motion picture detailing the early stages of a zombie outbreak. 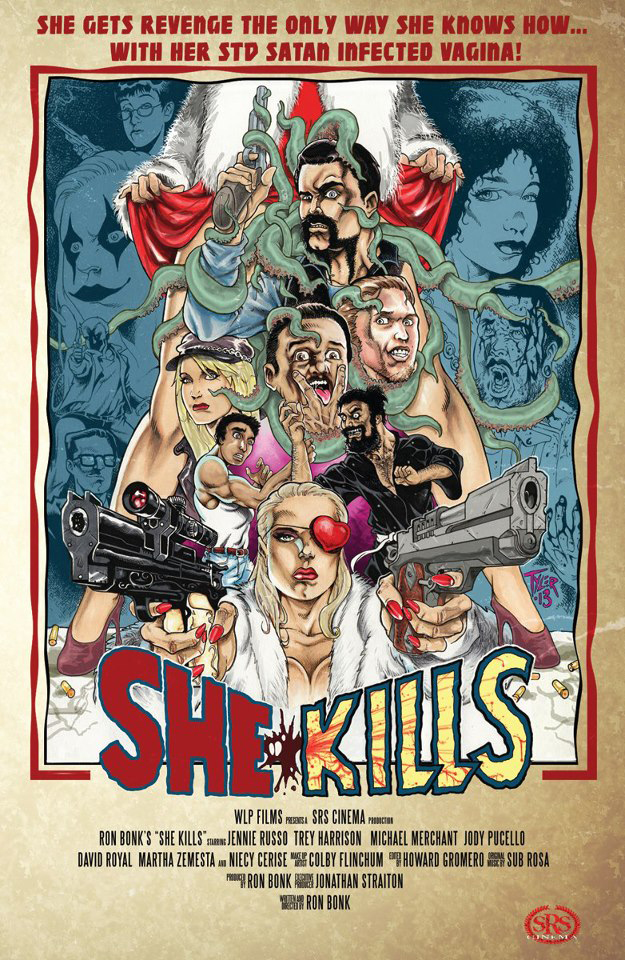 3pm: “She Kills” – Sadie’s life is destroyed when a vicious gang called “The Touchers” targets her for their sadistic fantasies after witnessing her sexy but innocent naked frolicking in a nearby field. On her wedding night they attack her and her husband Edward, brutalizing both of them. But during the attack the new bride discovers a dangerous secret about herself – that her body is cursed by a Satanic STD. After visiting her fortune teller friend Casparella, a space exorcism is performed to rid her of this curse. But the ceremony ends up unlocking previously unknown super powers hidden inside of her. Now she has become a lethal weapon against lustful men everywhere. As her abilities grow, so does her bloodlust, as she enacts act after act of vicious revenge against The Touchers! A homage to the Grindhouse and exploitation films of 70’s. “She Kills” is currently in the midst of a film festival run, with a showing coming up at the “LA Cinefest” and “Cinemafantastique” in Vancouver this summer.  Www.shekillsmovie.com 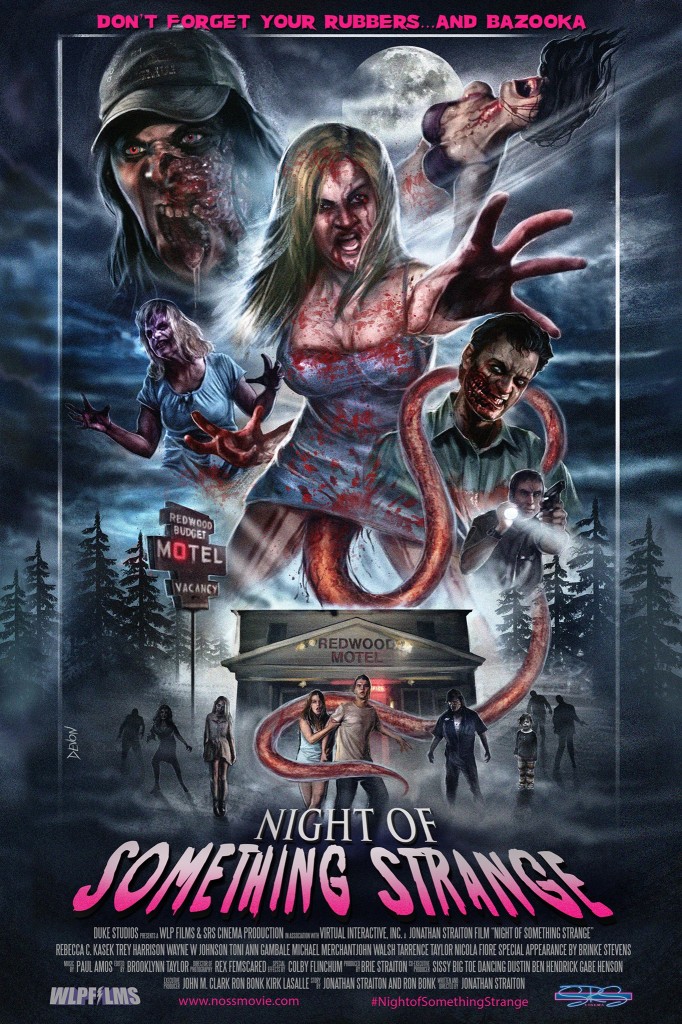 5pm: “Night of Something Strange” – Five teenage friends set out for the beach on their Spring Break vacation. Good times are cut short when one of the group, Carrie, contracts a deadly sexual transmitted disease during a bathroom stop. When they stop for the night at an isolated motel, the real terror begins when the STD virus starts running rampant, turning those infected into the living dead. However, there’s more going on at the motel than meets the eye. From Director Jonathan Straiton and Producer Ron Bonk comes “Night of Something Strange” Starring Rebecca C. Kasek, Trey Harrison, Wayne W Johnson, Toni Ann Gambale, Michael Merchant, John Walsh, Tarrence Taylor, Nicola Fiore, Janet Mayson, Kirk LaSalle, Billy Garberina and Wes Reid with Brinke Stevens. “NOSS” is coming off a first place win at the International Horror and Sci-Fi Film Festival in Phoenix, Az.  Www.nossmovie.com

Tickets will be $5 per showing or $10 for an all day pass. All 3 films were produced by SRS Cinema, a Syracuse based production and distribution company.